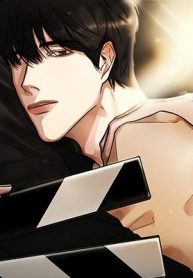 Korea’s hunkiest top model Woo Taeyoung has decided to try his hand at acting once more in Behind the Scenes Manga. No more of those teen heartthrob roles, Taeyoung has his eyes set on a much more…mature role.

And when he finds out his idol, the dreamy Koo Min-ki, is set to be one of the main actors of the film, he is even more determined to get the role as his co-star.

The two seem to have a natural chemistry with each other…both on and off screen. Will this end up helping their performances? Or will it cause their worlds to come crashing down?